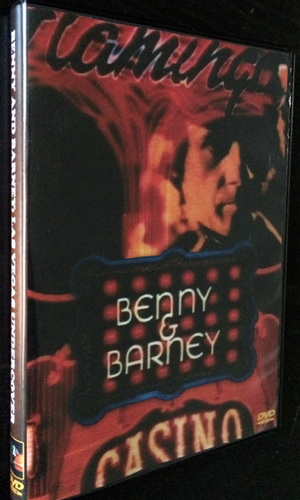 Terry Kiser is Benny and Tim Thomerson is Barney, two undercover cops operating in Vegas. So as not to attract attention to their sleuthing, Benny and Barney pose as nightclub entertainers. The case of the moment is the rescue of a kidnapped singer, which B and B pull off successfully within the allotted 76 minutes. Real-life Las Vegas "regulars" Rodney Dangerfield, Marty Allen, George Gobel and Bobby Troup pop up in cameo roles. Seemingly filmed during everyone's lunch hour, Benny and Barney: Las Vegas Undercover was the pilot for a never-sold TV adventure series.