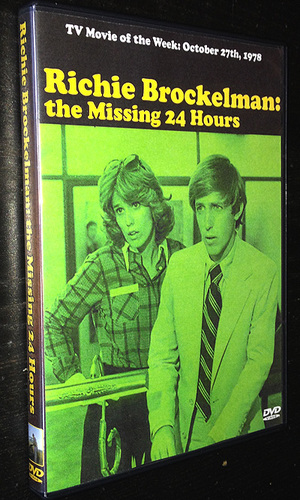 Richie Brockelman: The Missing 24 Hours was an American detective drama that aired on NBC on October 27th, 1978. A pilot movie that was set to be a spin-off of The Rockford Files, Richie Brockelman focused on a 22 year old college educated private investigator with his own agency in Los Angeles, California. The extremely Beach Boys sounding theme song, "School's Out" was written by Mike Post/Pete Carpenter/Herb Pederson/Stephen Geyer. Two years later Richie Brockelman was picked up as a series under the title "Richie Brockelman, Private Eye"