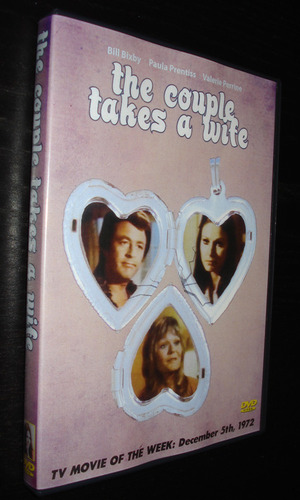 Contrary to popular belief, "B" pictures didn't die in the 1970's; they just changed their classification to "ABC Movies of the Week". First telecast December 5, 1972, The Couple Takes a Wife is a by-the-numbers screwball comedy with a spirited all-TV cast. Career-minded couple Bill Bixby and Paula Prentiss just don't have time to watch the kids or attend to the housekeeping. So they advertise for a "wife", to assume wifely duties around the house. Enter Valerie Perrine, who takes her job very seriously-much to the dismay of real wife Prentiss. Myrna Loy, a seasoned veteran of this sort of frothy fare, appears as Prentiss' mother, while other key roles are filled by Nanette Fabray and Robert Goulet.