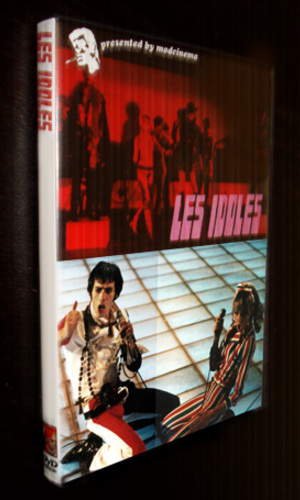 This satire concerns three pop stars and their attempt to stay in the public eye. A press conference, backstage hedonism, psychedelia, manipulative managers and disc jockeys are portrayed as the pop culture is thoroughly and effectively lampooned in this independent feature. The film’s stars were all originally members of Marc’O’s avant-garde theater group.