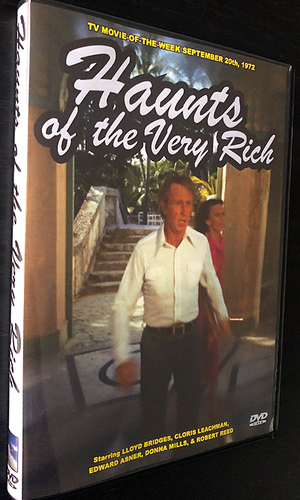 A group of people, all of whom, we can only assume, are Very Rich, are on a plane flying to an island resort. When they land, they are greeted by a mysterious black man (Moses Gunn), and the plot thickens. Cloris Leachman gets a makeover from a mysterious black woman in a scene laden with homoerotic undertones, and Lloyd Bridges falls in love with her. We come to find out that Robert Reed is a minister tormented by his own conflicted spirituality. We also come to find out that just before setting off on their journey, each of the "guests" had narrowly escaped death -- or had they?