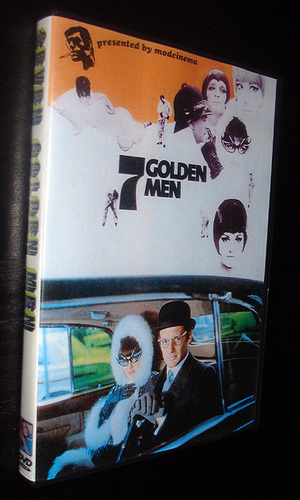 The bulk of this amusing crime film consists of a plan to steal a fortune in gold from the supposedly impregnable vaults of Geneva's Credit Suisse Bank. A criminal genius (Philippe Leroy) watches from across the street as his six henchmen -- whose names all begin with the letter "A" -- carry out the caper. Among the burglars are such familiar actors as Gabriele Tinti and Gaston Moschin, while Rosanna Podesta appears as Leroy's mistress, the scheming Giorgia. Leroy and the rest returned in director Marco Vicario's Seven Golden Men Strike Again! the following year.