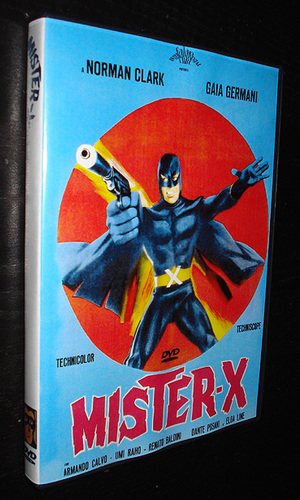 Mister X, a mysterious thief and master of disguise and his ever lovely cohort, who steal more for the thrill than the having, are brought out of retirement to clear Mister X's name. A evil crime lord has killed his girlfriend (who knew too much) and has pinned the rap on Mister X. Mister X becomes Avenger X as he takes on the crime syndicate. This film fits in nicely to the Euro spy/crime thriller genre typified by movies like Danger: Diabolik, Modesty Blaise and Operation: Kid Brother. Featuring a wonderful soundtrack like so many of the psychedelic thrillers of the period.