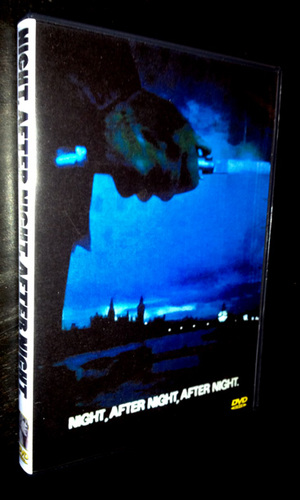 Somewhere in-between his career as a horror director and his series of James Bond Spoofs, Lindsay Shonteff found the time to direct this long lost Swinging Sixties slasher film. Some last minute re-editing by the distributors was responsible for Shonteff adopting the pseudonym "Lewis J Force", making it the only film he's disowned. Perhaps its down and dirty cocktail of sex and violence, which ranks it as quite unlike anything else in Shonteff's back catalogue might be another reason. Gilbert Wynne stars as a no-nonsense East End copper, who's out to solve some brutal Jack the Ripper style murders of prostitutes and assorted dolly birds in sleazy Soho. The real killer disapproves of swinging Sixties permissiveness and "the filth and horror of the age", and for that reason feels compelled to dress up in leather, a Beatles wig and cut up prostitutes, au pairs and anything else in a mini skirt. Few movies have ever caught the seedy underbelly of London in its swinging Sixties heyday so.... well sordidly.