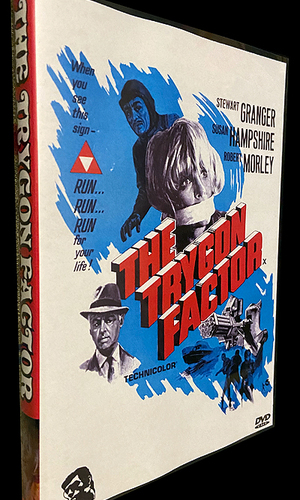 A Scotland Yard inspector is called on to investigate a series of unsolved robberies in The Trygon Factor. Inspector Cooper-Smith (Stewart Granger) ends up at the country manor of a respectable English family. Livia Emberday (Cathleen Nesbitt) is the mistress of the house who has turned to crime to help bolster the finances of the once-monied family. With help from a group of bogus nuns, stolen goods end up in the warehouse of Hamlyn (Robert Morley), supposedly a respectable businessman. This 1966 feature also stars Susan Hampshire as Trudy, the daughter of the manor who is unaware of the criminal enterprise under her very nose. There are plenty of twists in the storyline of this often complex mystery feature.