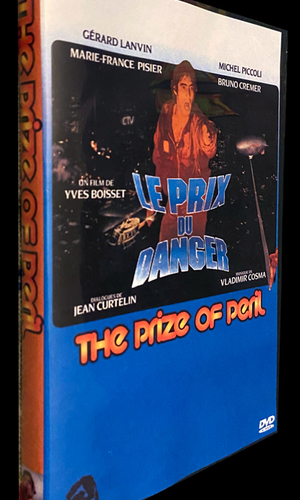 Despite a fast-paced story that slams the broadcast industry and lotto mentality, this sci-fi action thriller emphasizes action over anxiety, and so its hunt-and-kill premise is less exciting than it sounds. Based on a Robert Sheckley tale, the action is brought about by a television show invented by money-motivated executives with ratings on the brain. The idea is to choose someone from the vast sea of the unemployed and cast them as the "hunted," while five others are the "hunters." The prey receives a million dollars if he or she can outsmart the five hunters, and a hunter gets $100,000 for finding and killing their human target. François Jacquemard (Gerard Lanvin) is chosen to be the man who has to outsmart the five hitmen, and when he proves to be too good at it, the TV executives have to find a way to outsmart him. All the drama, from beginning to end, is played out under the watchful eyes of multiple TV cameras, on the ground and in the air, while blood-thirsty viewers stay glued to their sets like Romans watching the gladiators -- but unlike the Romans, they are regularly interrupted by those annoying commercial breaks.