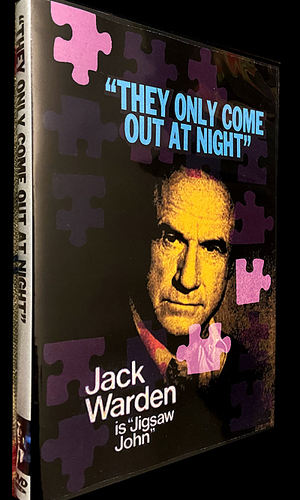 The nocturnal "They" in this TV movie are a gang of rapist-robbers who prey upon elderly women. Jack Warden stars as middle-aged homicide detective John St. John. He's known to his friends as "Jigsaw John" because of his slow, methodical methods of deduction. This time, however, John had better step up his pace before the criminals strike again. First telecast April 29, 1975, They Only Come Out at Night served as the pilot episode for the weekly TV series Jigsaw John, which ran from February 2 to September 6, 1976.