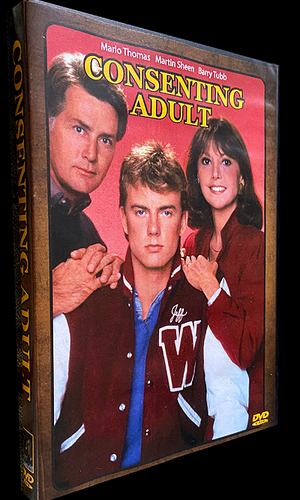 Martin Sheen, who in 1972 co-starred in That Certain Summer, the precedent-setting TV movie concerning homosexuality, is cast as the father of an "out of closet" gay son in Consenting Adult. Sheen and his wife Marlo Thomas are devastated when their college-age son Barry Tubb comes forth with details of his sexual preference. Thomas is convinced that Tubb can be "cured" through psychiatry; Sheen, a prideful man suffering from several illnesses, is unable to accept his son for what he is--as much as he wants to. Only Tubb's married sister Talia Balsam can approach the situation with understanding. Consenting Adults is based on a novel by Laura Z. Hobson (of Gentleman's Agreement fame). It was first telecast on February 4, 1985.