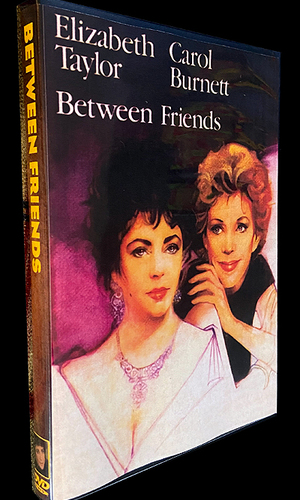 One of television's most beloved comedians and one of Hollywood's greatest love goddesses appear together for the first time in this made-for-cable comedy drama. Mary Catherine Castelli (Carol Burnett) is a fifty-year-old real estate agent whose husband left her for a younger woman; since then she's been making up for lost time with short term relationships with a number of men, some of whom happen to be married. Deborah Shapiro (Elizabeth Taylor) is also middle-aged and freshly divorced, through she is still coming to terms with being single again and has had little luck finding a new beau. Mary and Deborah meet literally by accident when they get into a fender-bender outside Mary's office, but the two soon strike up a friendship after Deborah asks Mary to help her sell her house. Together, Mary and Deborah help each other deal with their new lives as single women, the difficulty of getting back into the dating pool, and the mildly terrifying onset of middle age and menopause. Based on a novel by Shelly List (who produced this film), Between Friends was produced for the premium cable network HBO.