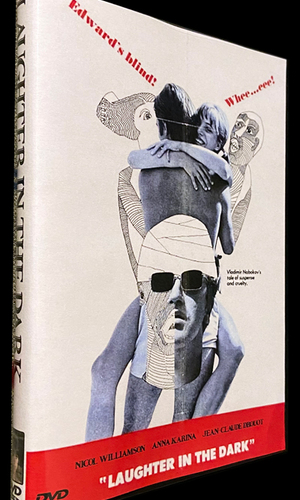 Set in London and the Riviera, Laughter in the Dark stars Nicol Williamson as Edward, a wealthy, knighted art dealer who falls hard for tartish usherette Margot (Anna Karina). She is kept by a glorified pimp (Jean-Claude Drouot), who conspires with the girl to take Edward for everything he's got. The art dealer is blinded in an auto accident, after which he switches emotional gears and plans to kill the girl and her keeper. Somehow this all worked better back when Hollywood people like Joan Bennett and Dan Duryea were involved. Based on a 1938 novel by Vladimir Nabokov, the film version of Laughter in the Dark "updates" the piece with flash shots of "mod" London, which now seems more anachronistic than anything in the 1930s.