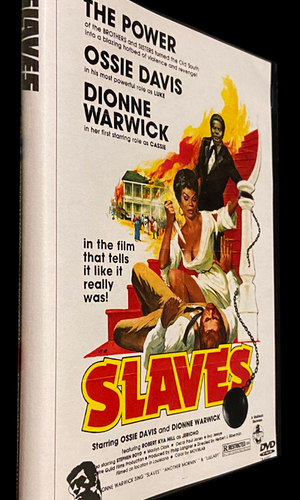 Luke (Ossie Davis) is the loyal slave of a Kentucky horse breeder who is sold to the cruel Mississippi plantation owner MacKay (Stephen Boyd). The evil slave owner has the black beauty Cassie (Dionne Warwick) as his mistress, who longs to escape the clutches of her lecherous master. With the arrival of Luke, Cassie and the other slaves revolt in a desperate attempt to gain their freedom. MacKay offers Luke his freedom in exchange for selling out the rest of the slaves, but the loyal Luke chooses to fight and joins the side of his oppressed brethren. Bobby Scott writes five songs that Warwick sings off camera in this story of social upheaval in the days preceding the Civil War.