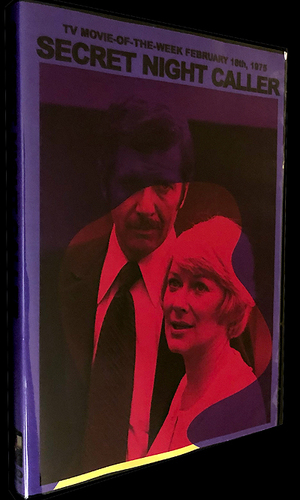 Most TV movies about obscene phone callers concentrate on the reactions of the victims--and the subsequent dangers they're exposed to. The Secret Night Caller takes a different tack, telling its story from the point of view of the caller. What makes the film doubly disturbing is that the dirty-mouthed phoner is played by Brady Bunch star and TV icon Robert Reed. Reed portrays an IRS agent (and seemingly contented family man) who is overtaken by his compulsion to phone strangers and whisper profanities. Even worse, Reed's access to tax-office records enables him to ring up people all over the country. The drama concentrates on Reed's mounting realization that he has to stop himself before someone else does. Though seedy and manipulative at times, The Secret Night Caller is elevated by the multifaceted performance of Robert Reed.