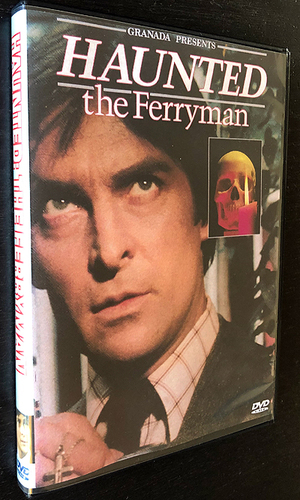 Produced for British television, Haunted: The Ferryman is based on a story by Kingsley Amis. Jeremy Brett plays a novelist whose work begins permeating his consciousness day and night. The writer is haunted by visions of the characters he has created and will create. Foremost among these phantoms is a sinister ferryman, the traditional literary symbol for the Angel of Death. Natasha Parry and Lesley Dunlop also appear in this tantalizingly brief mood piece. Haunted: The Ferryman was adapted for TV by Julian Bond.