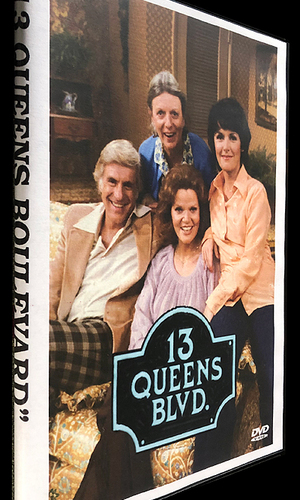 13 Queens Boulevard was an American sitcom about the diverse residents of a Queens apartment complex. The major residents of the complex were Felicia and Steven Winters (Eileen Brennan and Jerry Van Dyke) who have been happily married for over 15 years. Also living in the complex were Elaine Dowling (Marcia Rodd), a divorcee who was Felicia's best friend; and the Capestros, which included Mildred (Helen Page Camp) and her daughters, Annie (Susan Elliott) and Jill (Louise Williams). This disc contains 4 complete episodes.